Complete the form below for a free, friendly, confidential, and no-obligation consultation

The UK government recently announced its intention to ban unlicensed Botox procedures across the country. Effectively, this means that only registered and qualified practitioners will be allowed to carry out injectable treatments like botox, fat removal or dermal fillers.

The move comes after a rise in negligent beauty treatments that have seen thousands of people getting botched cosmetic surgeries carried out by unlicensed and careless providers. Currently, Botox and Dermal Filler practitioners don’t need to be qualified. Training courses can be as short as a day before people can start working in non-surgical procedures.

This also means that personal injury claims because of botched cosmetic surgery are on the rise too. If you’ve had a Botox treatment gone wrong, you may be entitled to make a cosmetic injury claim and get some compensation.

What are Botox and Dermal Fillers?

In the UK, these non-surgical procedures have surged in popularity, but it’s important to understand what these terms mean and what the cosmetic treatments comprise.

Botox stands for Botulinum toxin and refers to a common non-surgical cosmetic procedure in which the formula is injected to relax the muscles in your face. This process smooths lines and wrinkles in common problem areas, like around the eyes and mouth. It lasts around three to four months before it needs to be topped up again.

It’s a prescription-only medicine in the UK, meaning only qualified medical professionals – such as doctors, nurses or dentists – can prescribe the use of botox after checking that the person is fit to receive it.

Costs of Botox vary from approximately £100 to £350 for each set of injections depending on location, the type of clinic, and treatment area. Unfortunately, non-medically trained practitioners commonly offer injectable cosmetic treatment to clients without being subjected to any form of regulation.

These are the fillers that get injected into facial areas and lips to plump them out. Instead of Botox, which smooths out wrinkles, dermal fillers add volume to the area which buffs out the wrinkles. They last anywhere from six to 18 months–length can vary depending on what type of filler is used, and the area treated.

Dermal fillers can be anywhere from £100 upwards, depending on how certified the clinic is, the type of filler, the amount used, and how many areas are being treated.

Common brand names of fat dissolving injections used in the UK are Kybella and Aqualyx, which practitioners say is a safe and effective way of dissolving fat in the body. They are advertised as being suitable for getting rid of a double chin, back fat, inner thighs, and on the abdomen. These work as injections that target fatty areas of the body and destroy the fat cells in those areas.

Treatment prices range anywhere from £150 to upwards of £500, depending on the areas being treated.

How Popular are Botox and Cosmetic Fillers in the UK?

After the General Medical Council stopped regulating Botox injections in 2010, the non-surgical cosmetic procedure has skyrocketed in popularity. Celebrities, social media, the Kardashians, Snapchat filters, and Love Island are all recognised as factors in fillers and Botox becoming more popular.

In 2015, the industry was estimated to be worth over £3.6 billion, rising from £2.3 billion in 2010, and that non-surgical procedures made up nine out of 10of all cosmetic procedures carried out.

Terms like ‘Snapchat dysmorphia’ and the ‘Instagram Face’ get used to discuss the growing body-image issues young people experience because of the ability to filter, blur, smooth, and sharpen our photographs. Society has seen these non-surgical cosmetic procedures become more socially acceptable.

What Are the Risks Associated with Botox and Cosmetic Fillers?

More than half the respondents to a poll run by VICE rated Botox and cosmetic fillers as similar to going for a haircut or a manicure, but that’s simply not the case. Common side effects of Botox include headache and flu symptoms the day after the procedure, bruising and swelling at the injection point, and being unable to move the muscles in your face if too much Botox is used. These are just the side effects listed on the NHS website. Another study has shown that one in six people experience bruising, swelling, headaches, and nausea, and an inability to move their facial muscles after having Botox.

But there are other signs of botched Botox injections, such as:

Meanwhile, common signs of bad lip fillers can include:

In most serious cases like tissue death, urgent treatment should be sought to prevent permanent damage or disfigurement to the area.

As cosmetic procedures rise, so does the risk of experiencing cosmetic injury. Training for Botox and Dermal Filler Treatment can be anything from a few hours to a few days. Since it’s become so trendy to have Botox or Dermal Fillers, people go through the training to make some easy money with no consideration to the permanent damage they can cause their clients.

One woman reported her lips went black after getting botched lip fillers. Another said the filler created blisters under the skin and if she hadn’t gone to get them dissolved by a medical professional, she would have been in danger of losing her lips.

Save Face, a national register of accredited non-surgical treatment practitioners, has claimed botched cosmetic procedures are increasing across the UK, especially after the covid lockdowns. People going to untrained laypeople for their cosmetic surgeries run this risk of permanent damage to their faces.

Ban of Injectable Treatments for Under-18s

The growing influence of social media has distorted our perception of self-image, causing vulnerable people like teenagers to make unnecessary aesthetic alterations to conform with social beauty standards. Such influences pose real danger to our physical and mental health.

Before October 2021, there was no restriction on under-18s accessing a beauty clinic and undergoing cosmetic treatment. In fact, a 2018 survey showed that about 100,000 people under 16 years old went through non-surgical cosmetic treatments (mostly cosmetic fillers). Such procedures are often carried out by inexperienced and unqualified practitioners. This results in botched treatments with dire (although, in most cases, temporary) side effects.

The good news is that, in October 2021, the UK government banned botox-style treatments for under-18s. Doctors and registered medical professionals may administer such treatments to minors only when there is a medical need. What’s more is that the Committee for Advertising Practice (CAP) — responsible for writing all UK advertising rules — decided to ban cosmetic surgery adverts on social media, TV and other platforms under-18s may use. .

This ban is a significant step toward regulating cosmetic procedures to ensure the customers’ safety. The goal is to ensure that customers make informed and safe choices about their appearance. Prohibiting minors from accessing injectable treatments allowed them some time to think whether such procedures are really necessary or beneficial for them.

Nevertheless, there is still a lot to be done in the industry. Campaigners argue that Scotland and Wales should implement the same ban to prevent young people from crossing the borders for this purpose. The ban should also expand to include other similar procedures as well, such as thread lifts or fillers (as it only applied to botox at the moment).

What Do the New Proposed Botox Regulations Mean?

The new Botox regulations proposed by the UK Government will introduce a licensing requirement for people to carry out Botox and Dermal Fillers. It will mean there will be a standard of consistency required across the industry and people will be protected from slapdash providers performing botched cosmetic procedures and permanently scarring people.

Currently, practitioners who carry out Botox and fillers aren’t required to have any qualifications, but the proposed legislation will ban unlicensed providers from carrying out non-surgical cosmetic procedures. The new rules will also see hygiene and safety standards set out to prevent treatments being carried out in unsterile surroundings such as around children and pets, or in people’s homes.

Legislation already came into force in 2021 to ban children under 18 from getting Botox or lip fillers. They can’t even book an appointment. It followed a damning investigation carried out by VICE in which an undercover 16-year-old attempted to get booked in for lip filler procedures in London. 90% of the clinics didn’t check her age, and of the two clinics that did they advised her to bring ID for the appointment and scheduled one for her. 65% of the clinics didn’t take any further details from her for further contact, or her GP, meaning there would be no record of the procedure, and attempted to get her booked in as soon as possible.

The majority of the beauty industry professionals welcomed the proposed amendment to the Health and Care Bill. They believe that a licensing regime is necessary to maintain safety and quality standards in the industry.

Accredited practitioners from Save Face declared that regulating who can provide non-surgical cosmetic treatments, or establish training academies, and introducing mandatory insurance can create a safer environment.

What to Do if You’ve Had Botched Cosmetic Surgery and Are Seeking a Personal Injury Claim?

You can make a cosmetic injury claim if you’ve gone through a botched cosmetic procedure that left you physical or emotional scars. Even before the licensing framework era, personal injury laws allowed you to claim compensation for botox-style treatments gone wrong.

Additionally, if you haven’t received the results that the clinic promised, then you can likely make a claim as well. The amount of the compensation depends on several factors, such as the type of treatment, the extent of the error, and how it affected you.

If you’d like to learn more, speak to us via the live chat at the bottom right of this page, or call us on 01772 356201. We’ll be happy to give you more information on how to make a cosmetic injury claim and get compensation for your botched cosmetic surgery. Our team of specialist solicitors is here to support you. 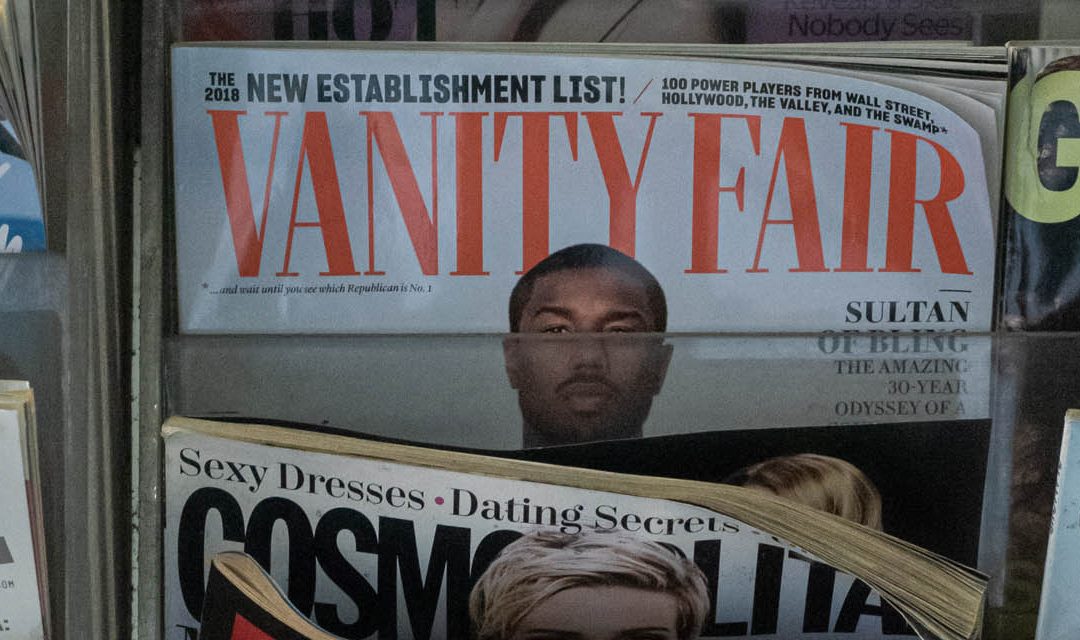 Did You Spot Us in Celebrity Secrets?

If you picked up a copy of Celebrity Secrets (distributed by OK! Magazine) this week, you may have spotted our firm. "When salon treatments go wrong..." takes a look at salon negligence and what you can do if you've suffered an injury.